An ‘Own-Goal’ on management by Jose Enrique 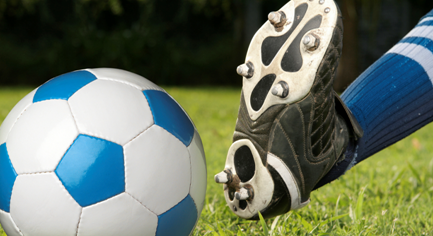 As an occasional football* supporter (I can’t be viewed as active enough to earn the sobriquet ‘Armchair Supporter’), I tend to follow Liverpool Football Club – my hometown team. Cut my arm off, and it would be red through and through. But that’d be blood, not Liverpool FC. I’m not *that* great a fan!

How are they doing? Much better than last year, but not quite good enough. The opposition keeps scoring goals against them. They’re in the top league, but should be nearer the top than they are. The reason why was explained this morning by Livepool left-back, Jose Enrique.

(translation: It’s good if the opposition don’t score any goals, but I don’t care if they do, as long as we score more goals)

Err.. OK. Not much wrong with that. Except this; Enrique’s position is left-back. His job is to stop the opposition from scoring. If they score, he hasn’t done his job correctly!

Enrique plays for a team. There are chaps up front who are trying to score. They assume that the chaps at the back are stopping the opposition from scoring. Everyone assumes that the other person is doing his job well. If someone isn’t doing his job well, then it becomes harder for the whole team to be successful.

All companies have the same issues to deal with. A sales team out there selling product, and a development team in a dark room creating the products to be sold. They rely on each other; if the sales team aren’t selling, no-one gets paid. If the development team don’t produce product that is good enough to sell, no-one gets paid. Money only flows when everyone in the company is doing their best to pull the company forward. The smaller the company, the more effectively everyone has to work; there isn’t any room for passengers. A salesman with a product that can sell itself will do well even if he doesn’t really try; but if he works hard at it, the product will become a market leader. A development team can design a good product; but if they design a *great* product, it can create a whole market for itself, and make the salesman’s life easier. Everyone wins.

It’s the same in a football team, Jose. Do your job, please. By doing that, you make the job of the chaps up front much easier, and they’ll love you for it. Because they haven’t scored five in any game this season. But you were there when Tottenham spanked us 4-0. Perhaps your next position should be ‘left back, behind the goal, selling peanuts’.

The moral of this post: Whatever you do, do it to the best of your ability, and don’t expect other people to cover for you.

* – Football. A game played by 22 men, two linesmen, one referee and 22,000 managers. The players move the ball with their feet, which gave rise to the portmanteau word’Football’. Not ‘Soccer’, and not to be confused with American Football (played by 22 men wrapped in cotton-wool and helmets, 125 cheerleaders, seven officials on the field, and 22,000 people in the line for hamburgers and coke). That game is played with the hands. It is definitely NOT football. And my tongue is not *totally* in my cheek…